A History of the People of the Outer Hebrides

The history of the Outer Hebrides begins with the melting of the ice-sheets and the arrival of Mesolithic Man. The oldest site found so far for these hunter-dweller ancestors is near Northton in the south of Harris, which has been dated to 9000 years ago, and no doubt there are other and possibly older sites still to be found.

Current DNA research shows a later group of Neolithic settlers arriving by sea from the Mediterranean and Atlantic coasts and mingling with the older people, to give rise to the later Iron Age people, whose distinctive broch-style duns grace many headlands and lochs around the isles.

The coming of Christianity is shown by many religious sites around the islands, but these were soon destroyed by the Viking raids of the 900s. The north of Lewis was thoroughly settled by the Norsemen, but further south they were more of a ruling caste. Their main legacy in the islands has been their placenames  – and perhaps a love of the sea.

Successive generations became less Norse, and when the Hebrides became part of Scotland after the Treaty of Perth in 1266, the islanders became known as the Gall-Gaidheil – the foreign Gaels. The main power passed to Clan Donald as the Lords of the Isles, with their base in Islay and their church in Iona.

The Lordship collapsed in the 1500s, and the power passed to the clan chiefs – MacNeil in Barra, Clanranald in South Uist, Clan Uisdein in North Uist and MacLeod in Harris and Lewis, building their own castles and churches through the islands.

The economy of the islands was still largely subsistence-based, based largely on cattle raising, but a new industry was coming, which would disrupt the whole economy of the islands. The ash of kelp – seaweed – proved to be a source of minerals, in great demand during the French Wars of the late 1700s and early 1800s. The island landowners encouraged settlement on the sea-lochs of the east coasts of the islands, where there was little productive land but a wealth of seaweed and a boom industry grew up, greatly to the economic advantage of the landowners, but also providing a source of small capital for the crofters.

There had already been a mass emigration from the islands in the 1770s, after a series of years of poor crops, and this intensified as crofters used their capital to pay their fare across the Atlantic, from Lewis to mainland Nova Scotia, from North Uist and Harris to Cape Breton and from South Uist to Cape Breton and to Prince Edward Island.

After the Battle of Waterloo in 1815 and the end of the French Wars, the market for kelp collapsed in the face of foreign competition, and the whole economy of the islands collapsed. Crofters no longer had an income with which to pay the rent, and the landlords had lost their main source of revenue. Most of the landlords went bankrupt and almost all the clan chiefs lost their estates to creditors. The new owners felt no responsibility to their tenants, and were quite willing to dispossess them in favour of sheep-farmers offering higher rents. Great numbers of tenants left the islands, and many more were forced to leave as the best lands were cleared for sheep.

In the 1840s potato blight struck the islands and famine on the Irish scale was only averted by well-organised charitable bodies from the Scottish mainland. There was even more reason for emigration, but few could afford the fares, unless with assistance from bodies like the Highlands and Islands Emigration Society, to Australia. Landlords like Matheson in Lewis and Gordon Cathcart in South Uist and Barra arranged their own emigration schemes to Ontario and Quebec, those from South Uist being carried out in a particularly inhumane way. 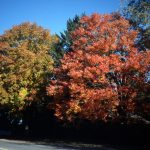 For those remaining in the island the threat of eviction was ever-present until the Crofters Act of 1885 gave them security of tenure of their crofts, but there was still the problem of great numbers of landless cottars. Gradually, and particularly in the period between the two World Wars, most of the land cleared for sheep was restored to crofters, though this could never be enough to satisfy the demand, and emigration still continued in great numbers, especially in the 1920s.

In the rural areas of the Outer Hebrides, emigration to the Scottish mainland remains the norm for most children, as the economy at home offers only limited opportunities. There has been a move in the last few years for local groups to buy-out some of the large estates, so bringing them under local control. It is hoped this will help to improve the local economies and so increase the range of opportunities available for the young people whose retention  is so necessary to reverse the loss of population that is still a feature of too many areas.