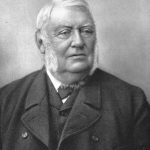 First names, even more than surnames, suffered at the hands of translators from Gaelic into English. In the early days of Civil Registration, Gaelic names were not acceptable to the Registrars, who insisted on using what they reckoned were the “proper” versions of names in English. Unfortunately, different Registrars had different ideas of what the proper translations were!

It is not particularly uncommon to find a person’s birth registered under one version of a name, with another variant of the name in a marriage register, and perhaps yet another version on the death certificate. Girls’ names particularly suffered from this, and a less usual name like Gormuil, frequently used in Ness, but much less elsewhere, taxed the ingenuity of some registrars. Gormelia was the most common anglicised version, but Amelia, Emily, Camelia are also found. Less understandably, we also find Dorothy and Dorcas, and even on a few occasions Naomi! Oighric also appears in many guises – Effie, Euphemia, Erica, Efrica, Africa, Harriet, Henrietta and Henny, and in parts of the Old Parochial Register we find the name Eric – which has confused many researchers about the sex of the child! Boys’ names seem to have been standardised earlier, with most translations taken from the pages of Homer, and the Trojan War – Alexander, Philip, Hector, Aeneas, Evander etc.

It was not that the person affected changed the name – they would invariably have used the Gaelic name anyway. What happened is that most people would probably never have seen what the registrar had written, and possibly could not have read it if they had seen it. It was only on the very rare occasion when an official name had to be used that the English version mattered, and it caused fewer complications then to continue to use whatever version the official had thought best. When old age pensions etc. started, there were many complications when people found out for the first time exactly what name they had been registered under!