One of the major problems with family tracing in the Western Isles is the scarcity and poor quality of written records. The decennial census is available from 1841 onwards, but its accuracy is very questionable, especially in the earlier years. Civil Registration of Births, Deaths and Marriages commences in 1855, as in the rest of Scotland, but there are many omissions in the early years. As late as 1897, in Barvas Parish, Lewis, there occurs a whole year with almost no entries, and in all areas the accuracy of the information is very poor, especially in matters such as mothers’ maiden names etc.

Old Parish Registers are available for most parishes, but again their coverage is very variable. Those for Barvas and Stornoway Parishes in Lewis commence in the early 1800s, with a handful of earlier entries, and are reasonably comprehensive. The OPR for Uig, Lewis, begins in the 1820s with good detail, but its content deteriorates after a few years, and the information becomes minimal. Lochs, Lewis, also begins in the 1820s, but is never particularly good, even for the main parish, while records for the detached part of the parish, around Carloway and Shawbost area, are extremely poor.

Harris OPR commences in the 1820s also, but after a few years becomes 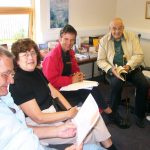 restricted to the area around the manse, and the merchant and farming classes, while the crofters who made up by far the bulk of the population, are virtually ignored. North Uist OPR covers only the area around the central church of Kilmuir, and does not includes the mission stations of Carinish and Trumisgarry, which accounted for fully half of the population, who do not appear in any register. South Uist and Barra were, and are, almost wholly Roman Catholic islands, and the OPR coverage of the few Protestant families is very poor, though there are excellent RC records for parts of the OPR period. 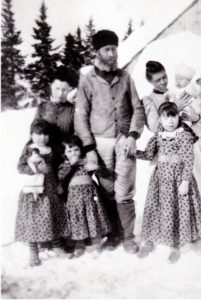 In using any of these written sources, it is essential to bear in mind that the people of the Islands were overwhelmingly Gaelic speaking, whereas these records were kept by English-speakers, whose knowledge and interest in the local people was often slight. The translations of Gaelic names often depended on the whim of the individual registrar, and as registrars changed, so did the names in the Register. Apart from the usual mixture of Catherine/Kate, Margaret/Peggy which occur inspan>all registers, the island registers also confuse Angus/Aeneas, Finlay/Philip, Effie/Euphemia/Henrietta, Marion/Sarah, Gormelia/Dorcas/Dorothy, Rebecca/Betsy/Sophie, and very many more. It is not at all uncommon, especially with girls’ names, to find birth, marriage and death registrations all showing different variant translations.

Because of these problems, there seemed to be no point in making any attempt to reproduce the actual names shown in register entries etc. Instead we have used our own standardised equivalents of names, which, although in a sense equally arbitrary, are at least consistent. So Christina, Christian, Christine, Christy, Chirsty etc. are all shown as Kirsty, as being the nearest equivalent in sound to the Gaelic Ciorstag – which is the name the lady would have used herself!

Dates can be another problem with Island families. Those derived from Civil Registration of Marriages and Deaths are generally accurate, though those of Births are much less so. OPR entries often do not distinguish between dates of birth and baptism, which especially in the remoter areas could be quite different. Census ages are notoriously inaccurate, but in most cases an average has been taken from census, OPR etc. to give the dates of birth shown. Dates of deaths, taken from civil registration, have been shown, up to 1920, and dates of marriages, where shown, are taken from that source or from OPR. Individual extract entries can be obtained if desired, at extra cost.

To make up for the deficiencies of these usual sources, we have to rely on secondary sources, such as Estate Rentals etc, many of which show names in patronymic form, and on oral tradition. This latter is often discounted by genealogists, as it cannot usually be proved, but it should be remembered that it is of local origin, and consequently likely to be more accurate than many of the written records compiled by outsiders. These sources can frequently be used to extend family trees into the early or middle eighteenth century, and sometimes much further.

If further information is desired on our methodology, or on the service we can provide, we will be happy to respond to any specific enquiries.