Bill Lawson was born in Stirling and grew up in Ayrshire where he attended Prestwick High School and Ayr Academy. He came to Harris as a young student and fell in love with the island and its history. Bill studied Law at Glasgow University and trained as a Chartered Surveyor. He taught Law in Paisley for 18 years. All those years his holidays were spent in Harris and it was then that his interest in the genealogies of the Western Isles started.

Aware that the older people, the bearers of the genealogies, were getting fewer and fewer, he began to compile family histories from their knowledge and also from the records at Register House in Edinburgh. His work expanded to the emigration areas of North America and Australia. Bill learnt Gaelic which was essential for his work in gathering the genealogies.

In 1981 he became the Project Leader of the Integrated Development Programme, a European-funded programme for the Western Isles. This gave him the chance to move to the Hebrides and when the programme was finished he settled in the village of Taobh Tuath (Northton) in Harris, where he took over and renovated the village school and schoolhouse.

There he started his company, Co Leis Thu? (who do you belong to?) and for 12 years, he and his wife, Chris, operated a family history tracing service. During this time, Bill also spent a number of years on the Crofters’ Commission.

The genealogy research service has now been passed on to Northton Heritage Trust which is based at Seallam! (a purpose-built Visitor Centre in Taobh Tuath).

As Bill is a consultant to the Trust, this arrangement allows him to continue with new research into the emigration areas in Canada and Australia and also allows him to write and publish from his base in Harris.

The family records compiled and hand-written by Bill Lawson amount to something in the region of 30,000. They enable many people looking for their “roots” to regain a connection once again with the Western Isles.

Through Bill Lawson Publications (founded in 1989), Bill has written 59 books on the genealogies and the history of the Western Isles (click here for book list).

He wrote his first book, Croft History of Sheshader, as a gift for his wife who comes from Sheshader in Lewis and belonged to a family renowned for its knowledge of genealogies, particularly Chris’s mother, Mairi Uilleim Dhòmhnaill, who came to live in Taobh Tuath.

In the Croft Histories series, the following are in preparation:

If you would like to be notified when any of these new books become available, please email lawsonbil@aol.com. 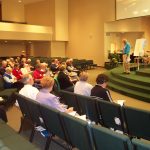 Bill Lawson has lectured extensively in the Hebrides and in Scotland, as well as the USA and Canada. In November 2003 he was one of the speakers at a gathering in Pinehurst, North Carolina, of Carolina Scots. In May 2004, Bill lectured at Niagara and Thunder Bay in Canada; and in 2005 he was in British Columbia and Edmonton.